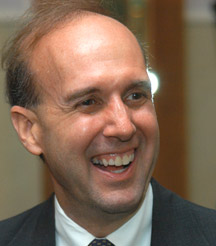 International Energy Agency (IEA), Paris, France.   He has more than 20 years of experience in  energy and environmental affairs with international organizations, U.S. government agencies, the private sector and academia.

Dr. Dixon served as Associate Director, International Activities, Council on Environmental Quality, Executive Office of the U.S. President in 2005.   He worked on a variety of bilateral and multilateral international agreements, the U.N. Framework Convention on Climate Change (FCCC), the Montreal Protocol, and others.

In 1997, Dr. Dixon joined the U.S. Department of Energy (DOE).  At DOE he has been engaged in policy analysis, research and development and program management.  From 1999 to 2002 Dr. Dixon served as DOE Deputy Assistant Secretary, Office of Power Technologies and led the largest renewable energy research and development program in the world.   In 2004 the U.S. President honored Dixon with the U.S. government Senior Executive Service Gold Award for service to his nation. He was Vice-Chairman of the IEA Renewable Energy Working Party, 2001-2004, and Co-Chairman of the IEA Hydrogen Coordination Group 2003-2005.

Dr. Dixon led two U.S. Presidential Initiatives from 1992-1998: the U.S. Country Studies Program and the U.S. Initiative on Joint Implementation to advance the strategic goals of the U.N. Framework Convention on Climate Change (FCCC).  Dixon has served on the U.S. negotiating team for the U.N. FCCC since 1990.  He has also served in a variety of senior U.S. diplomatic assignments, lived in six countries during his career, and developed foreign language capabilities.

In 1989, Dixon joined the U.S. Environmental Protection Agency (EPA) Office of Research and Development as a Senior Scientist.  He led a national research and development program to support the Clean Air Act and Amendments.  In 1991, Dixon was seconded to the EPA Policy Office to support the Administrator and the Executive Office of the U.S. President in preparation for the 1992 U.N. Conference on Environment and Development (Earth Summit).  He was awarded the EPA bronze medal for his contributions in 1992. He was an adjunct Professor at Oregon State University from 1989 to 1997.

Dr. Dixon is co-founder Plant Health Care, Inc. (1987).  Plant Health Care, Inc., a biotechnology research and development firm, markets or licenses processes and products in all 50 U.S. states and more than 30 foreign countries.   Dixon started his career in the early 1980s with the Allied Corporation and managed a large-scale research, development and technology deployment program for four years.  He is the co-author of two U.S. patents.

Dr. Dixon earned his B.S, M.S. (1979) and Ph.D. (1982) degrees from the University of Missouri, Columbia, Missouri.  He was a tenured faculty member at the University of Minnesota and Auburn University from 1982 to 1989.  Dr. Dixon was awarded an Exxon Fellowship in 1984 and a Smithsonian Fellowship in 1985.  He also served as a Visiting Professor at Oxford University, United Kingdom, Humboldt University, Germany, Delhi University, India and Kasetsart University, Thailand during the mid-1980s.  Dixon is the author or co-author of seven books and over 125 scholarly journal articles on energy and environment science and policy topics.  He was a consultant to the Office of Science and Technology Policy (OSTP) during the Reagan Administration.

Dr. Dixon lectures at the Johns Hopkins University Paul H. Nitze School of Advanced and International Studies (SAIS), Columbia University and Georgetown University.  He appears on public television programs such as the Discovery Channel.   Dr. Dixon has been an advisor to the International Foundation for Science, CARE and other philanthropic organizations.  He also has been a consultant and contributor to the U.S. National Academy of Science and the U.S. National Academy of Engineering activities during the past 10 years.  Dixon has been honored with awards from the public and private sector, as well as, scientific organizations for his distinguished public service.